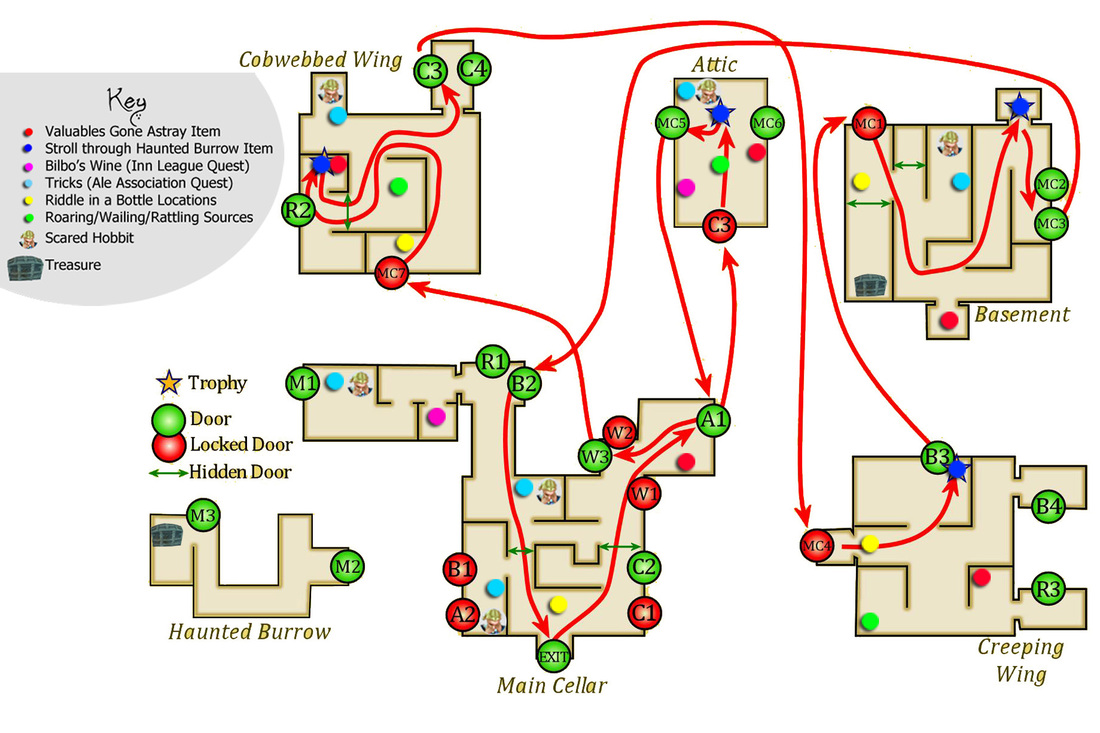 Riddle in a Bottle Quest (by Miofli)

A "Riddle in a Bottle" quest is one of the Haunted Burrow Fall Festival quests. It has a time limit of 5 minutes for completion and it is necessary for the completion of "The Haunted Burrow" deed (which grands the "Burrower" title).

In order for the "Riddle in a Bottle" quest to become available, one needs to complete the 3 introductory quests of the Fall Festival:
[10] A Cellar Door Appears
[10] Bilbo's Letter
[10] The Haunted Burrow

The "Riddle in a Bottle" quest is received by Adalgrim Goodbody who is waiting for you near the Party tree at the Shire, just outside the Haunted Burrow (29.6S, 71.6W). 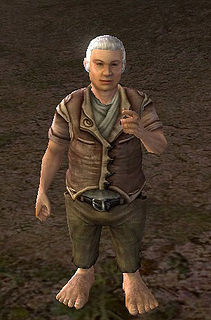 'Hallo friend! As many folk in these parts know, Old Mad Baggins was a great lover of riddles, so it seems he left a riddle or two for us in his Haunted Burrow.

'Only problem is, I can't make a thing of it! After the first riddle, I must have had a drink from the wrong bottle, and it made me worse off than before.

'I believe he meant for us to have a great treasure if we managed to solve it all, but who has the patience for such tomfoolery? If you can figure it out and tell me how it goes, I'll be sure to give you all the coins I've managed to get my hands on so far.'
When you receive the quest take a note of Adalgrim Goodbody's location as you will have to run back to him to report within the 5 minute time limit.

The quest consists of 4 stages. Each stage includes a clue which the player has to click on to read the riddle, and three bottles, white, blue and orange that represent the answer to each riddle. Choosing the correct bottle grants the player with a buff (Protection from Spookiness) that protects the player from the spooky tricks of the Haunted Burrow for 5 minutes or untill they reach the next riddle. Of the wrong bottles, the one ("You have chosen poorly") punishes the player with a a 50% run-speed penalty for 5 minutes or until they reach the next riddle spot, and the other has no effect ("That tasted like water").

Bellow you can see the riddles and their answers (hidden in spoilers, as someone might want to try to answer the riddle themselves). The numbers are references to the map bellow.
When you answer the fourth riddle you need to go back to the main entrance of the Main Cellar and exit the Haunted Burrow to meet Adalgrim Goodbody.

The trickiest part of this quest it that while having received it you are only allowed to use certain doors within the Haunted Burrow and not the rest of the exits that are available during the other quests of the Festival (except from the fake doors that bring you back to the beginning of the Haunted Burrow layer you are in). It is advised that you get in the Haunted Burrow and check the area a bit before you try the "Riddle in a Bottle" quest, and/or study the following map

The route one needs to follow, as well as the riddle locations are shown in the image below:

Many thanks to Sibba for editing the map and to CSTM for the original map.